When placing an order through the website, during checkout you will be asked to 'tick 2 boxes'. The first is the terms and agreements, which needs to be done by law, and the second (which is the first actually) says: ‘Final quality check! Did you check your files for mixing or bouncing errors by listening to them from beginning till the end?’ There is a really good reason for this checkbox. It happens quite often that I mastered a track and the customer likes the master but came to the conclusion that an element in the mix is missing or something else went wrong. This could be a missing layer of backing vocals, a delay with the wrong timing or maybe some other effects were bypassed. During mastering I don’t know about that missing extra layer of backing vocals or synth-swoosh or that delay timing being different then what it was supposed to be. I’m not the one that made the music so it’s pretty much impossible to know exactly what your intentions where. Unless it’s really obvious of course, then I will stop and give feedback but I will also lose precious time because of that avoidable mistake.
The reason something like this happens, is that people blindly rely on their DAW to be 100% flawless and just render, save and without checking, send it over because ‘it’s done now’... No it’s not done.. yet..
There is always a reason for that backing vocal being muted or a delay going wild when doing an offline render. Or maybe a glitch happens when you open your facebook page during the rendering of your track. You will never know that something has happened to your precious music until you listen back to it. It’s not some excel sheet or power-point, you should listen to it, like what you did all the time to make that awesome piece of music!

When writing music, mixing music, mastering music, you listen to it actively. You do that by making decisions, listen back and forth, change things, make it better, make it worse, mess it up, clean up your mess, add things, find the perfect snare-drum, delete things, add things again and when your done, save it and then replace that snare again and save it again. But while doing that, you most likely stare at a screen and you have the possibility to stop and make changes because ‘you’re in the middle of the work’. You are being active. 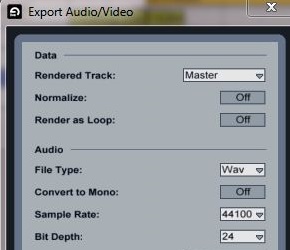 Nowadays, it’s simple, you are done with your mix, you click render and your 3.14 minute long track is now rendered in 30 seconds because of your ultra fast computer with 64bit CPU and lightning fast SSD disks. Awesome, isn’t it? But.. are you 100% sure that you are really done? Are you 100% sure that your cracked compressor plugin didn’t act up during that rendering at warp-speed? You will only find out by listening back to it from start till end. Only then will you be 100% sure it’s exactly how it should be. This really important step is something which for some reason a lot of people skip.

So you rendered your track and now you are listening back to the stereo mixdown. Staring at the screen will not make any sense and you can’t change it in real-time anymore now. Maybe you even listen to it in the car, the living-room or even your mum’s stereo. You might have noticed that all of a sudden, you hear things differently, this is what I call passive listening. You can’t tweak that snare-drum, you can’t change that autotune and all of a sudden, you notice that the extra backing vocal layer is missing. This is passive listening and this is really important.
During mastering I work partly analog, which means, rendering needs to be done in real-time. This is also my passive listening session. It happens quite often that during that real-time render something pops-up which I didn’t notice during the actual ‘active’ mastering. This could be a digital click, a loud s-sound, some rumble in the outro, could be anything. I stop rendering and fix the problem. I would have most likely missed that issue when I didn’t listen to the real-time rendering so passive listening is really important, even for me.

It’s really not that hard, just listen. As long as you don’t stare at a screen, which doesn’t make sense anyway because you can’t change anything because you are listening to the complete mixdown. Actually, I personally think it’s even better to do something else while listening. Get up from your chair, water the plants, feed the fish, as long as it’s in the same room and it doesn’t make any noise which could mask any issues. You could of course also listen to it on headphones or different speakers. If you notice something, write it down, don’t fix it right away! If you write it down, you can forget about it and focus again on what you where doing, passive listening. After that, fix the problem and then once again, LISTEN, don’t fall again for that blind rely on your ‘flawless’ DAW. Just trust your ears. It’s music so, listen, listen, listen.