Without black people I would not be sitting here and writing this.

Without black people I would not be sitting here and writing this. 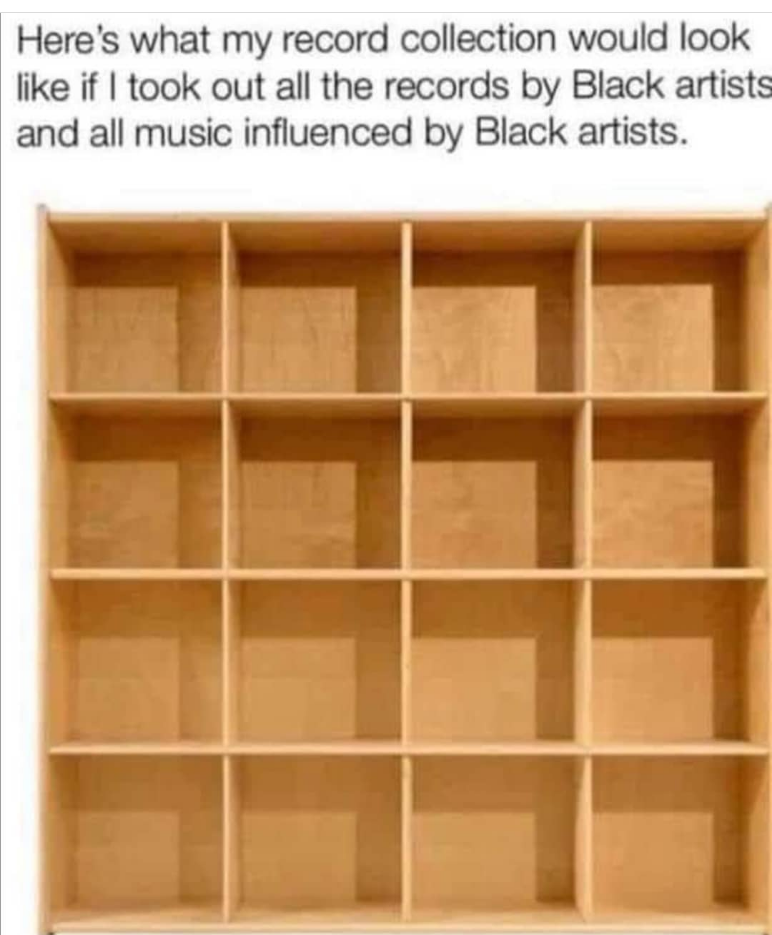 That first line is right in so many ways, but the thing I want to point out right now and make a statement about is this. Music has always been really important in my life, I’d even like to say, without music no life. Music is even my job, my living and so my wife and kids also rely on music. Without black people I would not be sitting here and writing this. How then? Well.. since I was a really small kid, I loved music, adored music, lived for music and got up in the morning with music and when I was a bit older, I fell asleep with music on my headphones.

It all started in the 70ties when soul and disco was the music I listened to. That music was made by black people; Otis Redding, Curtis Mayfield (listen to ‘move on up’ for fucks sake!), Earth Wind and Fire, Stevie Wonder, Chic, way too much to mention here. So many great records, music with real soul, made from the heart, not the brain. Then in the beginning of the 80ties, Sugarhill Gang, the first rap song I heard and later Grandmaster Flash. Then by the end of the 80ties when Rap became hip-hop, Public Enemy, Ice-T and NWA. Especially that last one, NWA, (google what the letters stand for) I invite you to listen to ‘Fuck the Police’ in case you never heard it. That track could have been made today, putting the finger in a painful place; racism and how the police is acting to that in the USA. Back then I didn’t even realize how serious this problem was. I just loved the music and the statement they made. It’s still painfully true..
Then the end of the 80ties came up with some strange electronic music called acid made by the guys from Phuture, (Spanky, dj Pierre), housemusic from Chicago and of course the first techno by guys like Derrick May and Juan Atkins. Damn… what a revolution… and again.. by black people..
But what about Rock and Roll, that was invented by white people! Wrong… Chuck Berry, the godfather of Rock and roll is black.

All music I listen to, I grew up with, inspired me, has been made, or at least been heavily inspired by black people. (Actually I’d like to state that most music is made by or inspired by black people). I didn’t even realize that until I gave it some serious thoughts this morning. I found this image of an empty record-closet and I couldn’t stop thinking about it because it’s simply true.

This is to show my love to all black people in the world and that I stand behind you. Racism simply has no place in this world. Keep fighting, we are with you.

Another statement which I never put out in the open before to avoid conflicts. In the Netherlands we have ‘sinterklaas en zwarte piet’ (black pete) which is 100% racism. A lot of people will tell you that it’s part of the dutch culture and should not be touched because of that. It’s racism and should simply stop. No excuses..